A short history of Iyengar yoga in Maida Vale 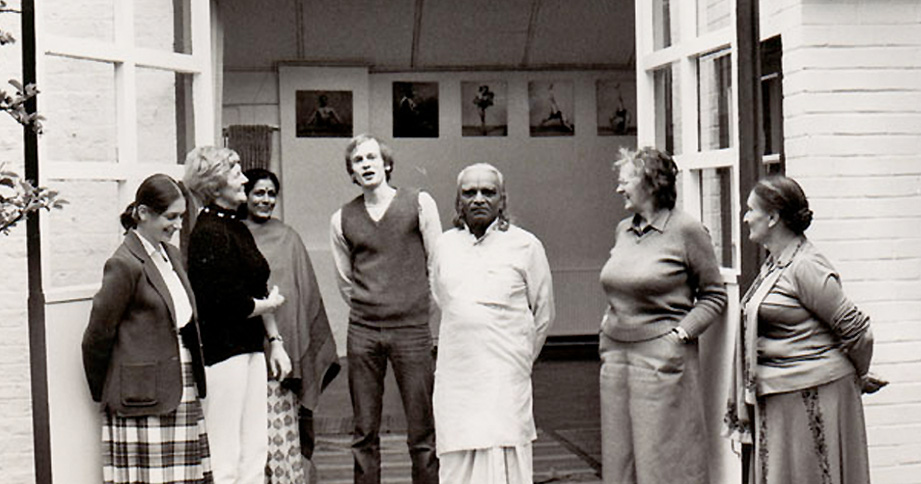 This is an edited version of an article by Dr Suzanne Newcombe, Lecturer in Religious Studies at the Open University and research fellow at the London School of Economics. She researches the sociology and social history of modern yoga and founded the Journal of Yoga Studies. This article first appeared in the Iyengar Yoga London journal, Dipika, for the 21st Anniversary issue in May 2005.

Iyengar Yoga London – originally called the Iyengar yoga Institute – in Maida Vale, developed out of the strength of Iyengar yoga in London in the 1970s. From 1968, yoga was taught under the aegis of the Inner London Education Authority (ILEA). While there were many requests for yoga classes, Peter McIntosh, the head of Physical Education in ILEA was anxious that the “mystical” and “spiritual” parts of yoga should not be taught under government subsidy. After a chance conversation with Hephzibah Menuhin at a dinner party, the violin virtuoso Yehudi Menuhin, first brought Mr. Iyengar to Britain, McIntosh decided to research Mr. Iyengar’s method of teaching yoga more thoroughly and eventually concluded that it was appropriate to be taught under ILEA.

Between 1971 and 1979 over 150 teachers were trained at the Paddington Institute of PE under the guidance of Silva Mehta. During this period there were no formal assessments. Would-be teachers attended the weekly training sessions and waited for Mr. Iyengar’s annual visit to be told if they might teach. Although there were other yoga organisations in London, Iyengar yoga was in a privileged position dominating classes at evening institutes.

However, most of the yoga under ILEA was done in very poor conditions. Many evening classes were run in school buildings: if the room happened to be a gym, this could be excellent. But the teachers often did not get a choice of rooms and draughts, noise, poor and dirty floors and no equipment were normal for London students of yoga at this period.

Mr. Iyengar’s students wanted to have a dedicated space in which to practise and teach yoga. Such a space could provide specialised classes for children, the elderly and people with medical problems that were not possible under ILEA. A dedicated building for teaching Iyengar yoga could make use of special equipment Mr. Iyengar was using in Pune and generate further interest in yoga. To further these aims and – above all – to promote Mr. Iyengar’s teaching, the South East England Iyengar yoga Institute (SEEIYI) was founded in 1979.

But SEEIYI was an Institute in name and newsletter only for four years; there was no physical building for it to call home. Peter Ballard, Guri Brett, Genie Hammond, Silva Mehta and Silvia Prescott, amongst many others, were all important in finding a building for the Institute to inhabit and in raising the money to make it possible. It took a lot of sweat and creativity from the teachers and dedicated pupils to raise the money needed for a deposit and to prove there were sufficient incoming funds for a mortgage. To give you a flavour of the fundraising activities, here is a quote from Silvia Prescott that appeared in the first Dipika from 1980:

“At the last committee meeting all 7 teachers offered to donate £5 a month (equivalent to one class after tax deduction), and a mortgage if possible if at least 80 teachers follow suit. As for the deposit, one teacher has already raised over £150 with sponsored head and neck balances. Jumble Sales and coffee morning have started to raise money. If you have any ideas and need help to get them off the ground, please ask. How about a sponsored walk over London’s bridges? I am waiting to hear from you and can be contacted most mornings up till 9am.”

Considering that Iyengar Yoga London now has hundreds of students coming through the doors every week, it is hard to believe that this kind of groundwork was necessary to fund the first building. Perhaps it is even harder to believe that simple jumble sales and coffee mornings could have led to such a beautiful space dedicated to the practice of yoga. 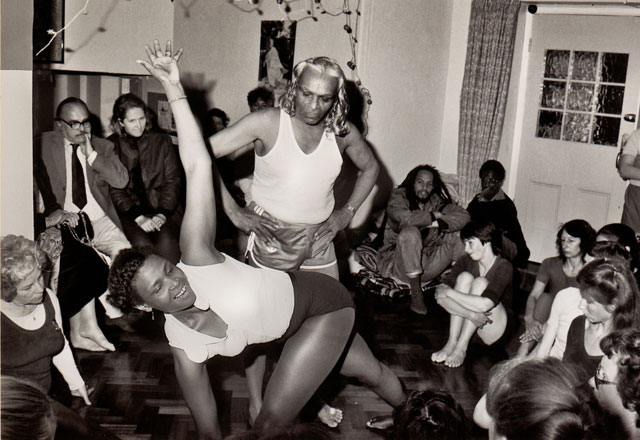 After a lot of hard work, the SEEIYI committee found a new building that would be suitable for yoga in 1983. The new building was known simply as the Iyengar yoga Institute in London. On the site of the current building, it had previously been used as an artist’s studio space and was purchased for £95,000. Funds of around £30,000 were gathered in donations and a mortgage was obtained for the remaining amount. The mortgage was partially secured on Genie Hammond’s own home. The building needed a lot of refurbishment before it could be used as a yoga studio and this labour was largely done by volunteers. For many years much of the teaching and administrative work was also done unpaid. In particular, Silva Mehta and her son and daughter, Shyam and Mira ensured that the Institute ran on a daily basis.

In May 1984, Mr. Iyengar came to London to celebrate the opening of the Iyengar yoga Institute, holding a lecture and demonstration at the Barbican. The event was very well attended and Mr. Iyengar donated the money raised by his demonstration to assist the new Institute. Largely due to Mr. Iyengar’s generosity and the donated labour of his teachers, the Institute was able to pay off the entire mortgage within five years.

By 1989 it was clear that the ILEA was dissolving and that Iyengar Yoga London’s position as an independent yoga centre was even more important. Student numbers were increasing steadily, based primarily on word-of-mouth recommendations. The strong financial position of Iyengar Yoga London at the time encouraged an effort to seek a suitable building for a second Institute in south London and modifications to the building in Maida Vale to include a second studio, reception space and a men’s changing room (and a roof that did not leak!).

A new fundraising drive began and the beautiful building we now enjoy was completed in 1994. Unfortunately, in the process of soliciting donations several mis-communications and rumours spiralled out of control. Tragically, Silva Mehta died during this period. Her children, Shyam and Mira, who had been running Iyengar Yoga London on a day-to-day basis, decided to leave. For a brief period, Mr. Iyengar removed his association with Iyengar Yoga London and the teachers who were sitting on the Committee were temporarily suspended. 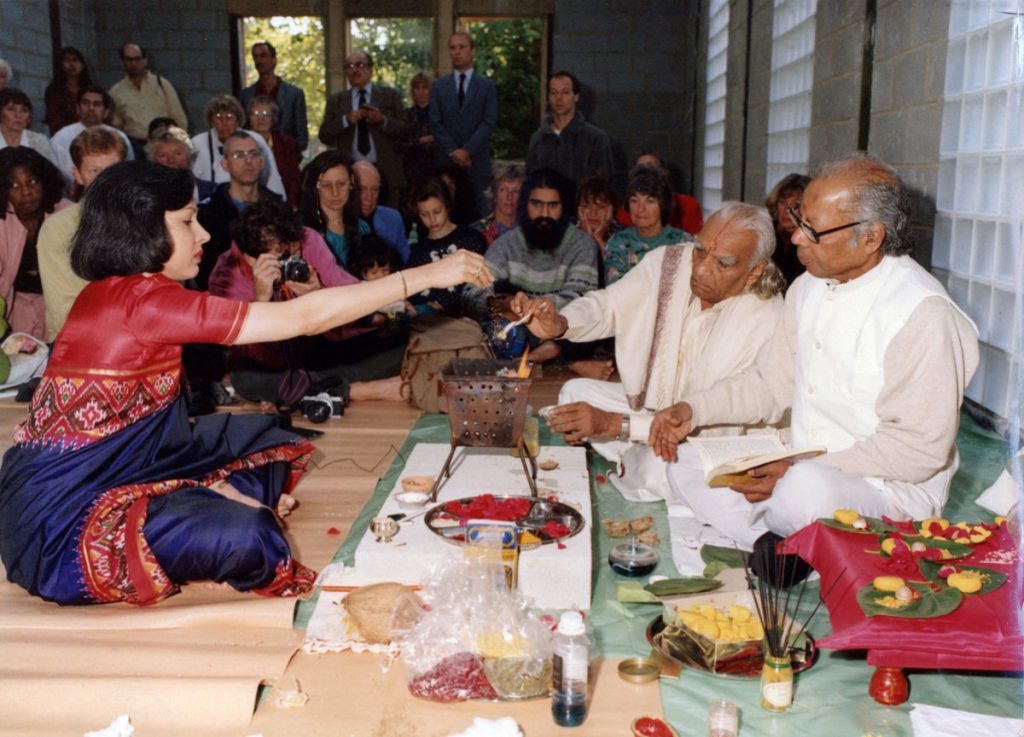 The blessing ceremony for the opening the IYIMV new building

Even through the confusion of this period, it was clear that continuation would not have been possible without major financial gifts from the designer of the building, Russell Grey, and the fundraising done by Mr. and Mrs. Chelleram of the Chelleram Foundation.

Thankfully, the major misunderstandings between London and Pune were resolved quickly and close links were re-established. During the mid-1990s, Gerry Chambers provided important leadership and refocused Iyengar Yoga London around its raison d’etre – a centre of excellence to promote Mr. Iyengar’s teaching. In November 1997, Mr. Iyengar himself blessed the new Institute building, saying: “As I have contributed a great deal to the Centre since its very beginning, I feel I am part and parcel of this building – from my heart, my head and my soul!”

Today, Iyengar Yoga London continues to be an important focus for yoga in London. Although it is no longer so unusual to find a dedicated centre in which to practise yoga, the centre continues to be unique. Unique in both its charitable status and its dedication to furthering Mr. Iyengar’s teaching above material gain.

In recent years, Iyengar Yoga London has made important changes in its legal status, limiting the liability of trustees. But more importantly, it has maintained a high standard of teaching for over fifty classes a week.

Thanks are due to every member who contributed to making Iyengar Yoga London a success over the years, though it would be impossible to name all. May the centre continue to provide stability and leadership for spreading Mr. Iyengar’s teaching well in the new millennium. 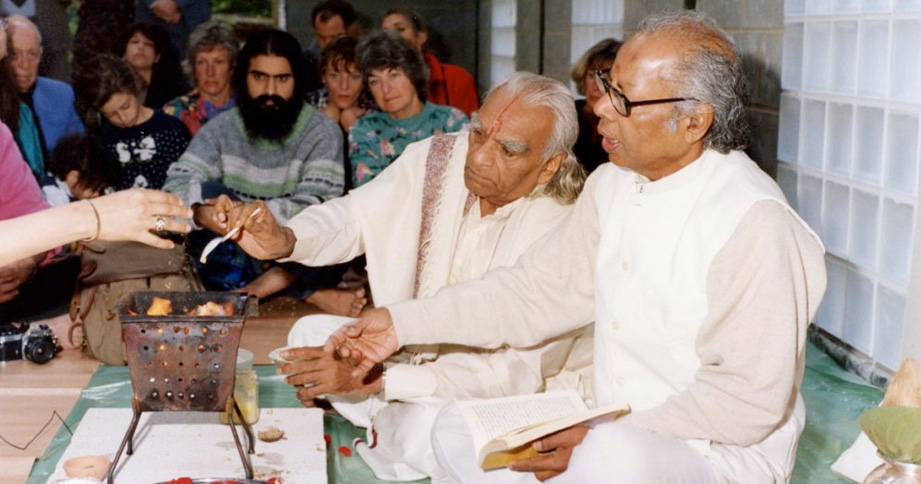 Images from the blessing of the new building 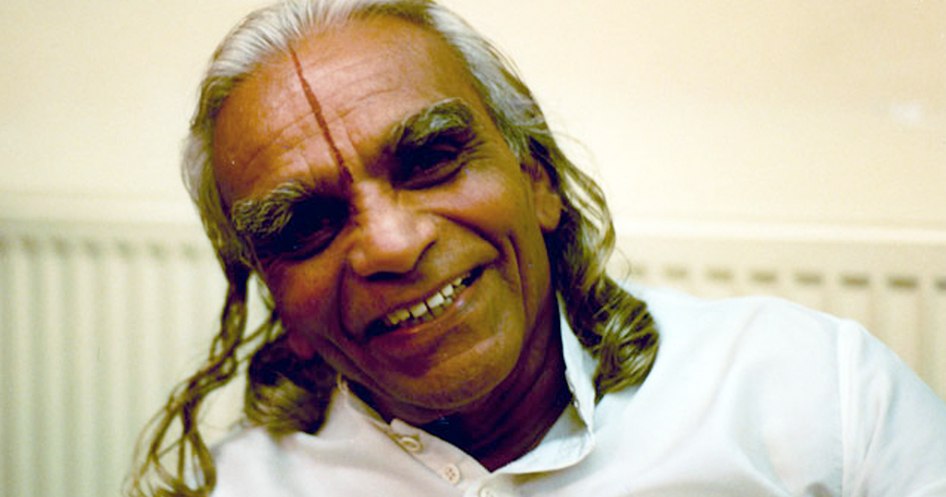 An interview with Richard Agar Ward

Yoga and the creative arts