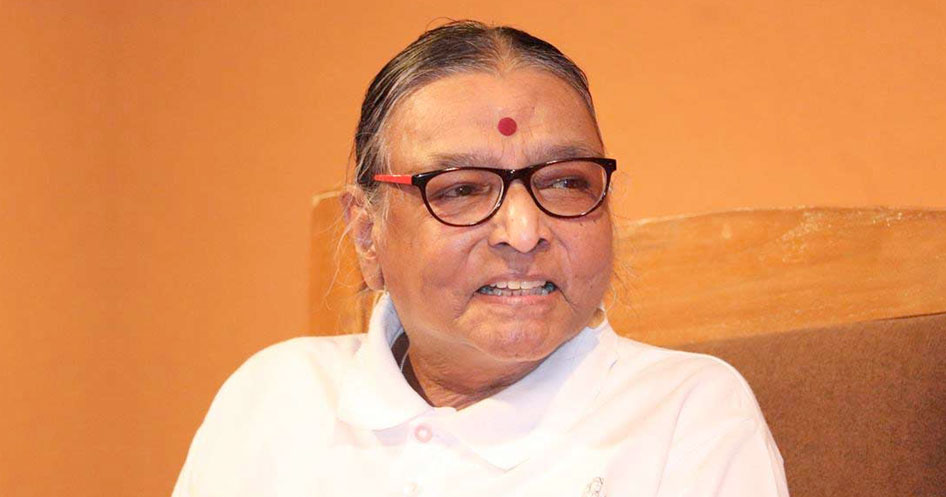 Uday Bhosale spent fifteen years studying, assisting and teaching at the Ramamani Iyengar Memorial Yoga Institute in Pune with the Iyengar family. In addition to teaching the Childrens, Beginners and Intermediate classes at RIMYI, he assisted in Geeta Iyengar’s medical classes. He recently moved to the UK and teaches regular classes and workshops.

Do you remember your first class with Geetaji?

Oh yes, I do! I was 19 years old and was used to strong and active work in class because I came from a martial arts background. Our martial arts training used to be strict and disciplined. You followed the instruction and dared not do more or less than that. Seeing my interest and keenness to learn more, my first teacher of both martial arts and yoga, Ali Dashti, suggested I should make the effort and go to Geetaji’s class.

Hence I went to the evening classes with her. The control and command she had over the entire class was so inspiring for me. What I remember particularly in that first class was the clarity of her instructions. Clear, precise wording along with an impactful voice pinpointing to the exact parts of the body we must work on and where we were dull. It felt like she was reading me and talking to me individually. It felt like I was getting private tuition in a crowded hall. Only later I came to know that it is nothing new, almost everyone had a similar experience in her classes. Ha ha!

Were you scared of her?

Scared? Not really, but there is something in my mother tongue which can be roughly translated as: “to respectfully fear someone”.

Do you remember any amusing incident in her classes?

People generally recall her strictness, but she definitely had a fun side too. She used to crack jokes, at times mimic and mock sometimes. I remember an incident that happened during my early days in her class. In my martial arts background, we were trained to be attentive and quick-respond to instructions as fast as possible. On that day she was teaching “jumpings”, my favourite back then! She was explaining something while we were in Tadasana. She used to call the name of the pose first and then mention what she wanted us to work on and then we would do it. So in her strong voice she announced the next pose we were going to do: “Chaturanga Dandasana!” Her voice was so strong and commanding that in a flash I was on the floor and in the pose. And then I looked around wondering why I was the first in the pose! Guess what? Of course I was the first as I was the only one to go into the pose. Everyone else was still standing in Tadasana in anticipation of her further instructions. So I jumped back to join them, hoping she had missed my foolish mistake. But there she stood almost laughing and said aloud: “That is only the front brain working; he is not using the rest of it.”

When you think of Geetaji now what is the first thing you see in your head?

Her smile and her eyes for sure.

Which of her character traits spring to mind?

It’s more of her caring side. I’ve always felt a motherly love from her and how she cared for everyone. Definitely it was not pampering. Her instructions and guidance to students as well as patients in therapy classes made everyone easily feel her caring nature behind the strictness. Even in her scolding there was a caring approach. That compassion makes me miss her very much.

You were at all Yoganusasanam intensive courses in Pune. Do have any specific memory of being in a pose and being shown on?

Yes! There were many participants who remember this. I think it happened in 2014 – the year Guruji passed away. I was on the stage with one of my colleagues. It was a pranayama session. We were anticipating the invocation to start so we sat in our position upright ready to chant. Geetaji started to explain something, it went on further, a bit deeper and then on to a few more things.

It was common before a class for Geetaji to give an introduction but this one went on and on and on. It was more than one hour! I had taken my position and knew that the video cameras were focused on the stage and us. Sitting next to her feet while she was describing every detail, how could I dare slip into a dull, slouching pose? I was afraid of causing a distraction if I would fidget around to change my pose. So I struggled but sat straight all that time barely moving. My legs and back were getting so tired but I somehow kept going. Eventually we chanted the invocation. Thankfully we were made to lie down in a supine posture after that!

Who asked you to teach the children’s class, Geeta or Guruji?

She asked me to start assisting and then later I was teaching it. She would frequently come to the regular Sunday morning classes for children. Often Geetaji would check on us teachers and tell us how to teach. She would crack jokes, tease us teachers and have fun with us.

Can you describe Geetaji’s love for children? Both on her 70th birthday at Yoganusasanam 2014 and in 2018 she wanted the children’s class to be there to perform.

Teaching children was always something close to her heart as Guruji had asked her to teach in schools when she began teaching. She was always keen to teach younger generations. During both these events, she was not happy that the children would miss their Sunday morning class at the Institute because their teachers were busy at the Yoganusasanam event. So she wanted the children to be there with us. She was also keen for others to have a glimpse of how to teach children and understand the difference in approach, compared to the general classes that we mostly train for.

With children, you have to inspire them with your performance on stage. You have to do more, move faster, jump higher to keep their attention. Otherwise they easily lose their focus. In 2018, while we were jumping from Tadasana to Uttitha Hasta Padasana, she commanded in her loud and strong voice to jump higher and wider. I think I managed to jump higher than ever before!

Did you see that she was tired during the intensives, especially after Guruji’s death in 2014 and the last one in 2018 before she passed away?

She had various health conditions all her life from childhood. But the way she practised and managed her conditions as well as all her other commitments was phenomenal. The way she taught her classes and the amount of energy she put into them was amazing! Especially during her later years, the way she managed everything despite her frailty was inspiring and humbling. After Guruji’s death she was emotionally very low and it obviously made her condition worse. But she slowly started to regain strength. We could see her looking so weak but when she went on the platform she was a different person. Once she was on stage she would talk and command even though sometimes her voice would go and she would cough. She would never hold back when she was teaching. She would give it her all.

What does it mean to you that she is not with us anymore?

Definitely I miss her! When Guruji passed away, everyone was sad but we still had his children with us. In a way I felt it helped to soften the blow. But now Geetaji is not there anymore. Of course we have Prashantji, but her motherly love, her caring touch, her control, her genius we will miss. It is a big loss. Saying that, as students and teachers we have the responsibility to continue our practice and to continue to share the great work the Iyengar family have dedicated themselves to. We should continue to contribute and share what we have learnt in our own individual capacity. We also need to stay together and grow further!

This article was first published in Dipika, the Iyengar Yoga London Journal, in July 2019.

Geeta Iyengar on yoga for women